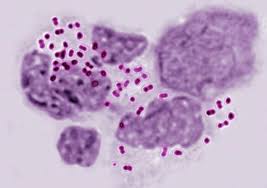 These are the stories they warned you about in Jr. High school.  While you should never have unprotected sex in general, studies have shown that, one specific zip code provides even more risk than expected.

The 10457 ZIP code in the Bronx includes counties such as Tremont, portions of Crotona, Belmont and Claremont, and it also has the highest number of people afflicted by atleast two of the following conditions: HIV, hepatitis B, hepatitis C, gonorrhea, syphilis, chlamydia and tuberculosis, according to the Department of Health.

All of the seven diseases have been deemed an epidemic in the 10457 zip code. The infection rates for all the listed conditions are in the top 20% of cases citywide. That is something to really be leery about if you’re a actively dating person in the region.

Though the statistics are off the charts for this particular region, it is not, however, the only area with such a serious problem with transmitted diseases. In fact, New York has the highest number of ZIP codes all together— nearly 70% — where residents are in the top 20% for at least two diseases.

For example, in Manhattan, 45% of ZIP codes have two-disease rates in the top 20%, and this is in comparison to 25% of Queens ZIPs and 22% in Brooklyn.

Tom Murray, the director of community affairs for St. Barnabas Hospital and the chairman of Community Board 6’s Health and Human Services Committee, was quoted saying, “It’s very disturbing, especially for our community.” He then went on to say,“the teenagers are engaging in very risky behavior. They think AIDS is a thing of the past.” But I must respond by adding that this plague is not only affecting teenagers. These diseases can afflict anyone who engage in high risk and s*xual activities.

Roughly 70,000 people live in the 10457 ZIP code and the median household income is $24,537. Some 43% of Tremont/Crotona residents live below the poverty line compared a poverty rate of 21% citywide.

“While this is a disappointment, it’s not a surprise,” said Community Board 6 District Manager Ivine Galarza.

Some residents of the high risk regions have resorted to blaming the officials.

“I’m afraid,” said Yolanda Smith who is 32 years old, “the government needs to do something about it.”

Juan Santos, a 63 year old disabled veteran, called for more activities and education for young people.“The main problem with venereal disease is a lack of information,” he said. “We have a lot of billboards about cigarettes and beer. Why are there no billboards about AIDS?”

Though it is easy to point fingers as people look around for answers, but the truly best way to combat this epidemic is for every individual to take responsibility for their own actions.

One local shop owner commented on the issue by saying,”It’s not as if condoms aren’t available, It’s just that people aren’t using them.”

“I got a lot of condoms,” said Andrew Garcia, manager of the Crotona Lotto Plus shop. “Nobody’s asking for condoms. When the hospital came and gave out the free condoms, I left them here. Nobody took them.”